MARYBOROUGH - TIARO
​UPCOMING EVENTS
- Public Square Rosary - Saturday 15th October 9am (In front of the Grotto)
- Multicultural Mass - Sunday, 23rd October 10am
- First Holy Communion - Sunday 13th November 8am
- Anniversary Mass, 10 years - Priestly Ordination, Fr. Lucius - Friday 25th November 5pm
150 YEAR ANNIVERSARY FOR ST MARY'S CHURCH
Our recent celebration for the 150th anniversary of the first Mass in St Mary's Church, Maryborough, was a great success and we were delighted with the number of people who attended.  The principal Celebrant of the Mass was Auxiliary Bishop Ken Howell DD who was assisted by Dr Adrian Farrelly, Episcopal Vicar for the North Country Deanery and Fr Lucius Edomobi our Parish Priest.  Other clergy participating included former Priests who spent time in the Parish in the late sixties/early seventies, Fr Leo Burke and Fr Denis Martin. Retired Bishop Brian Finnigan made the trip from Brisbane to share the occasion along with Nigerian Priests in the Archdiocese of Brisbane who are friends of Fr Lucius.  Bishop Ken gave a lively homily which included a mix of the history of the parish from the 1850's through to the present, interwoven with the surety that all the Priests who have served here and the people who have passed away over this period of time remain seeped in the rich history of St Mary's just as we will be in the years to come.

Apologies were received from former PP's George Joseph, Paul Kelly and Anthony Mellor as well as Fr Mark Percival who was ordained in St Mary's.

A choir of 16 led by Mrs Rita Lynch seated at the pipe organ (a role she has enjoyed for 55 years) and 9 altar servers (both boys and girls) who  participated with poise and reverence, added to the prayerful and gracious atmosphere in the Church which is the size of a cathedral ........  but that's another story!

A slideshow was presented before and after the Mass of the significant changes to the appearance of the Church over the 150 years together with photos of previous parishioners and family baptisms and weddings which was assembled by parishioner Mr Stephen McGinley.  Stephen is a history buff himself and became thoroughly immersed in the project and will continue to add photos as parishioners send them in for display on this website. 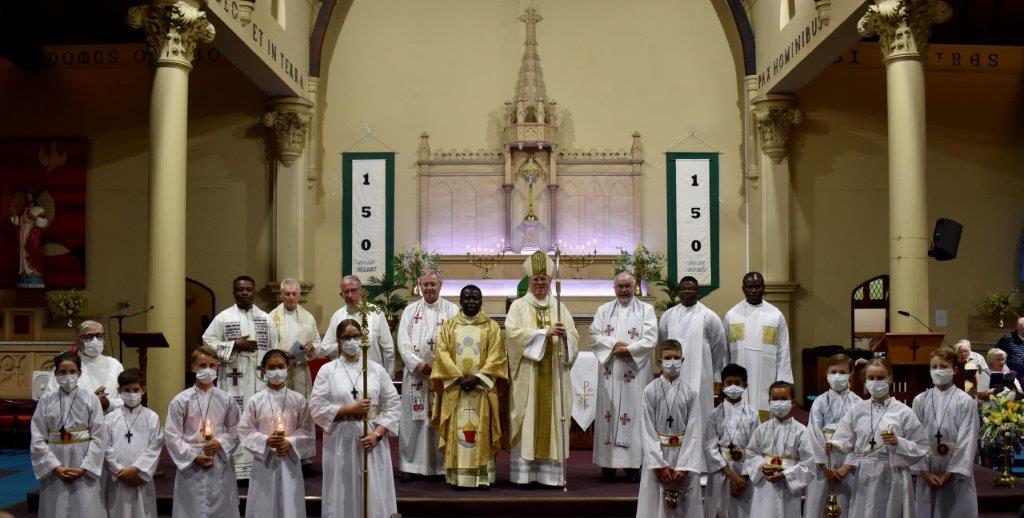 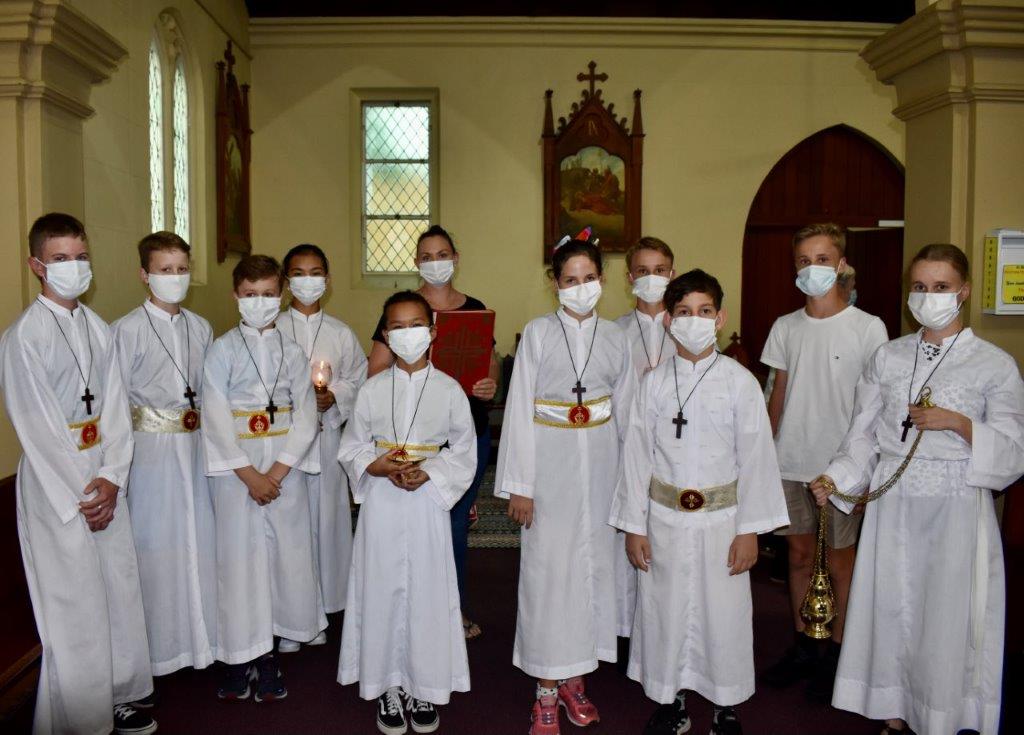 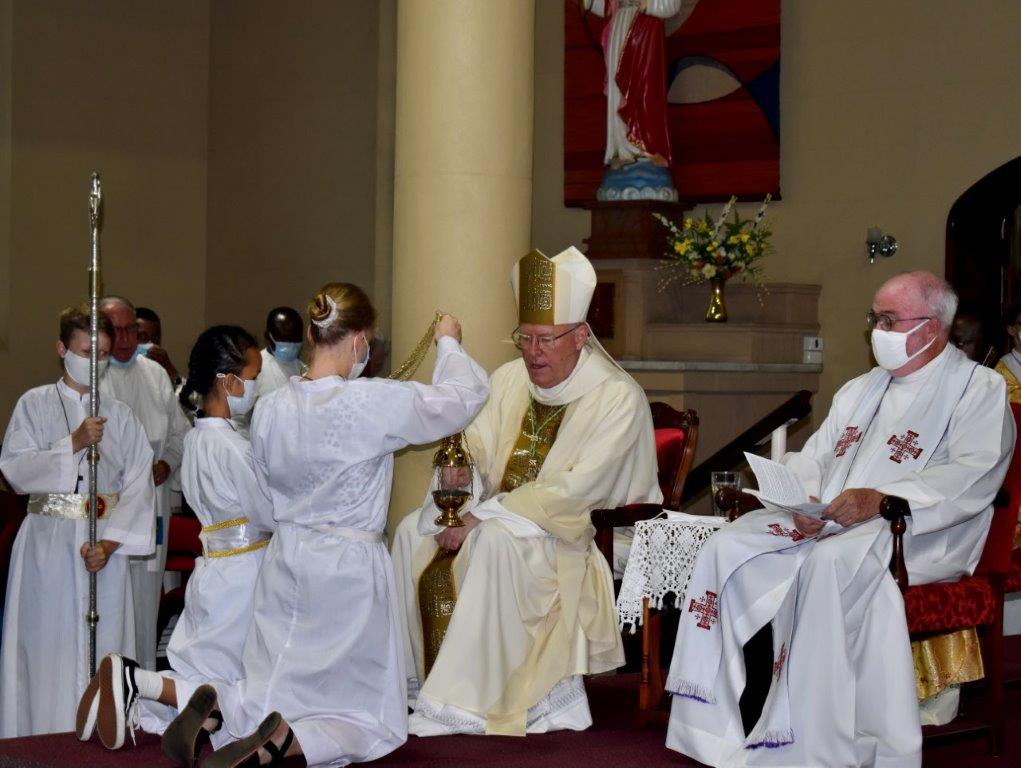 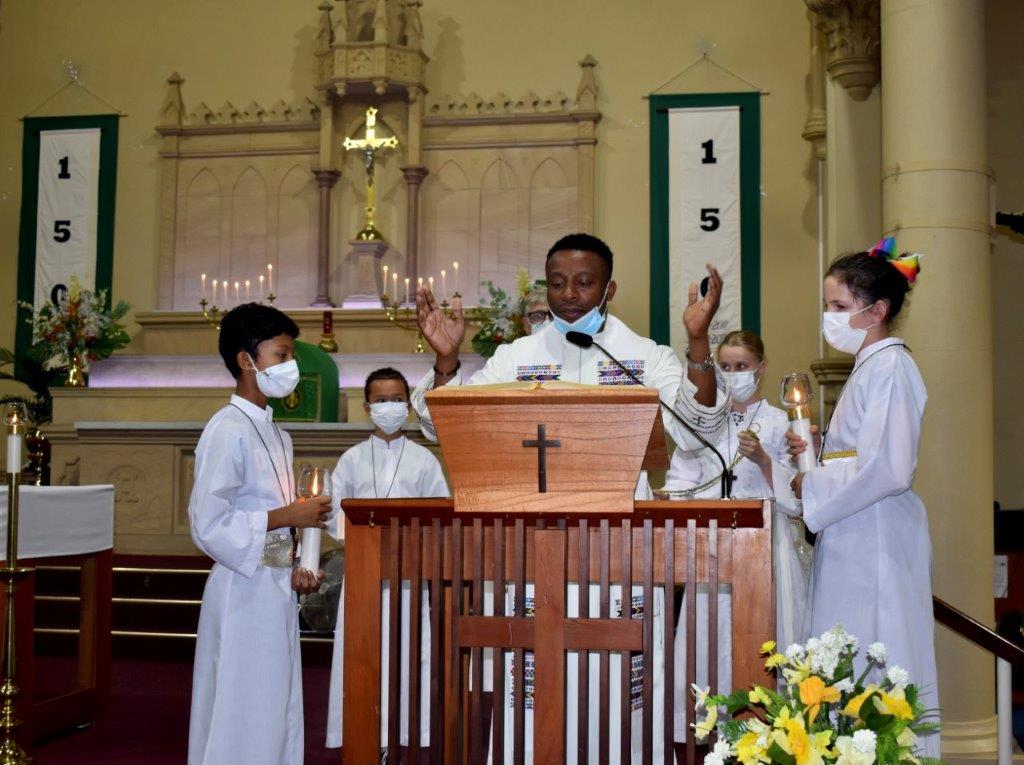 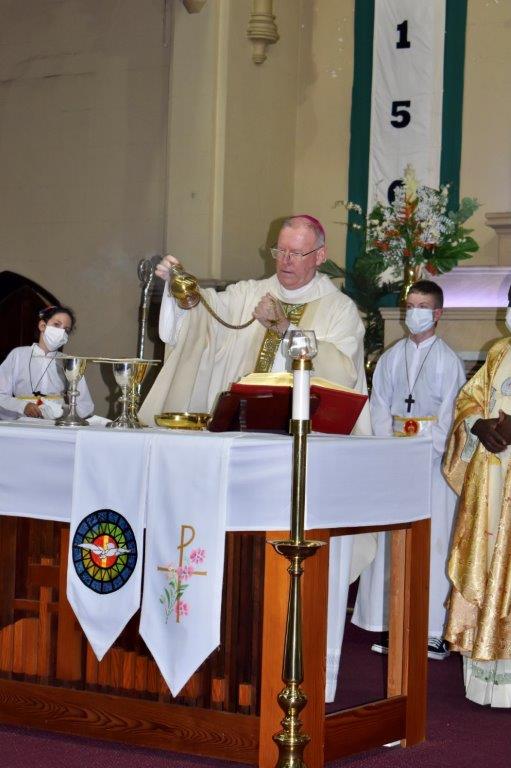 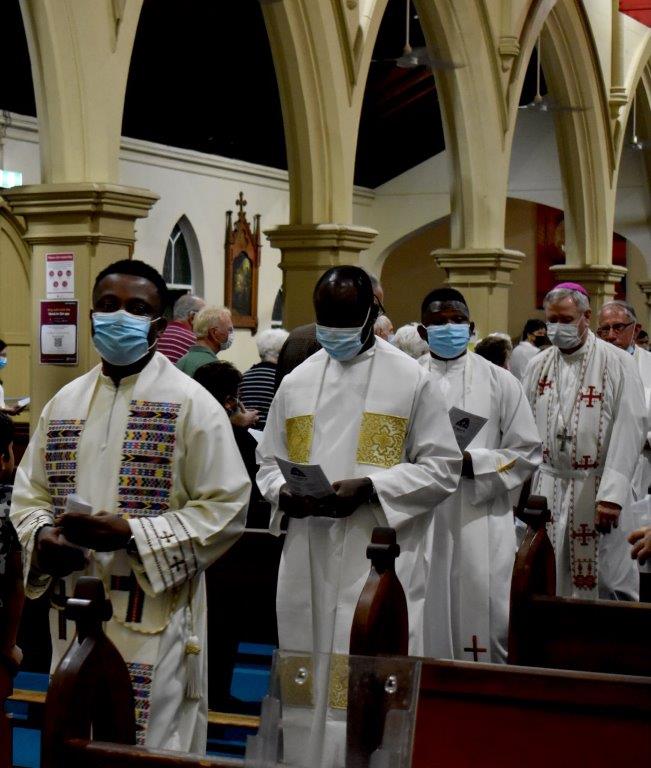 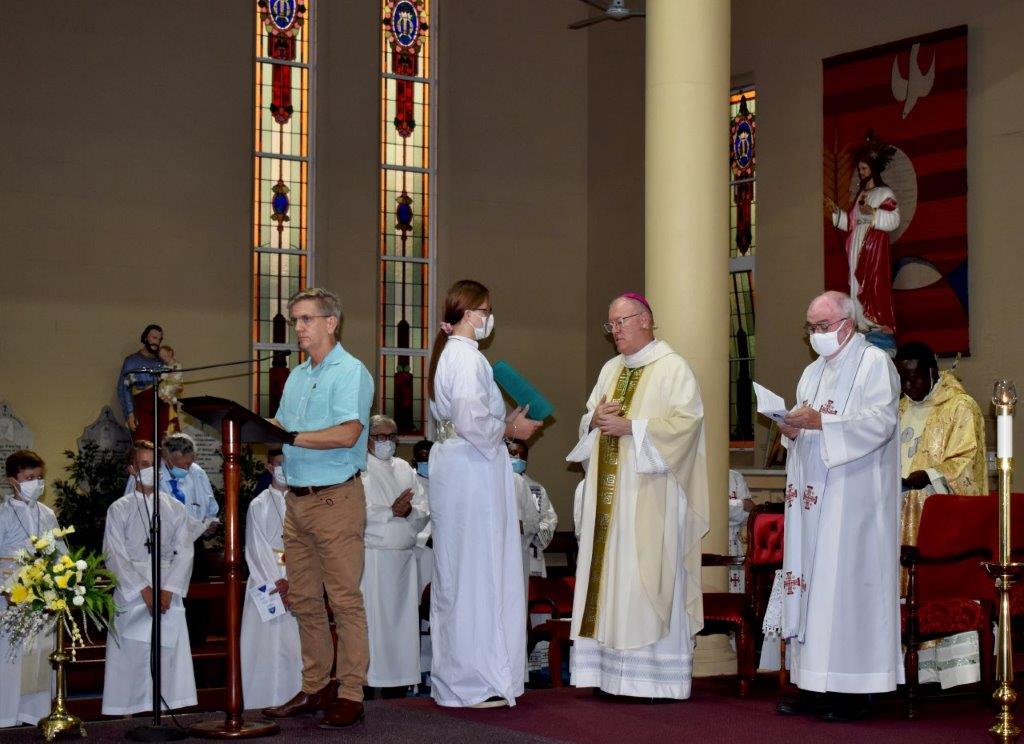 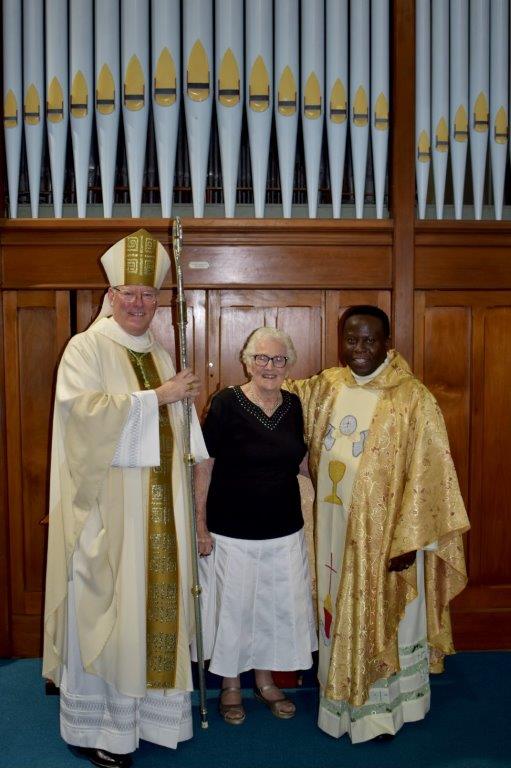 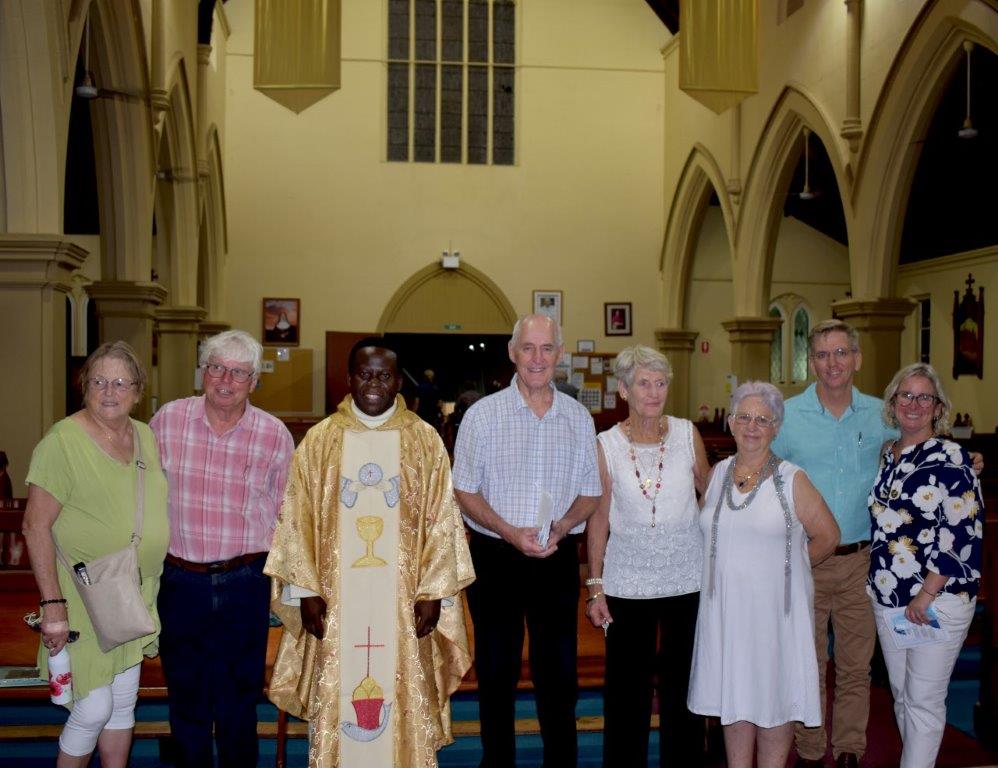 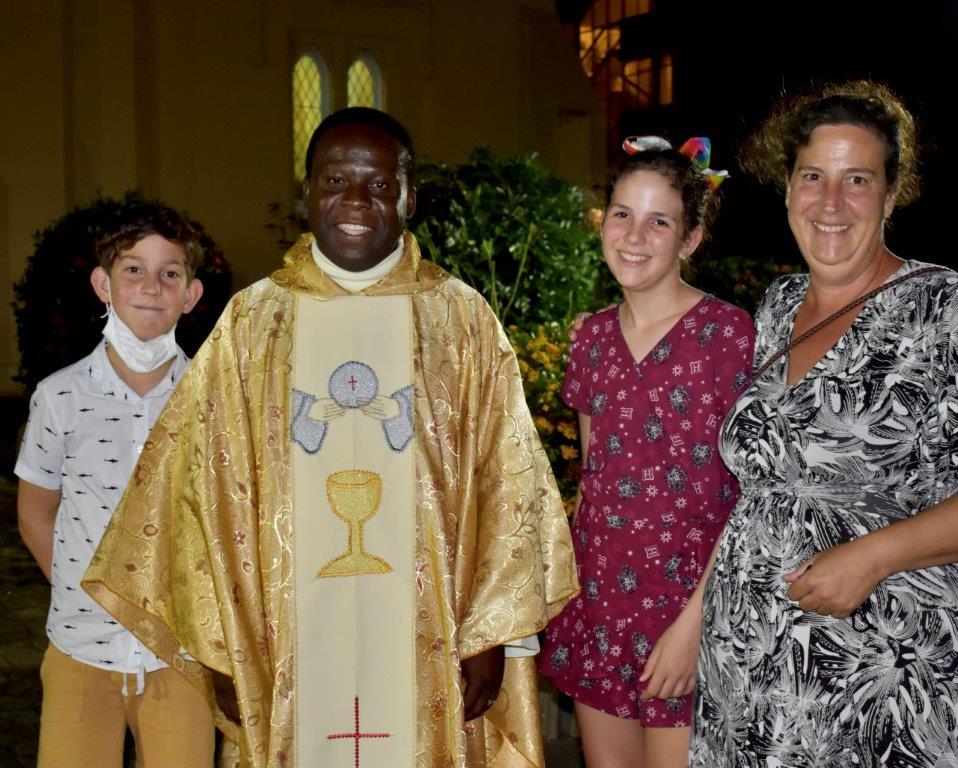 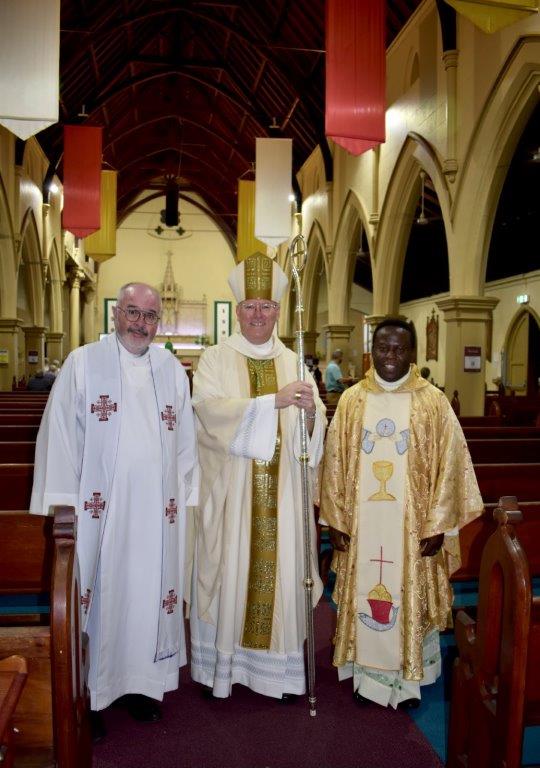 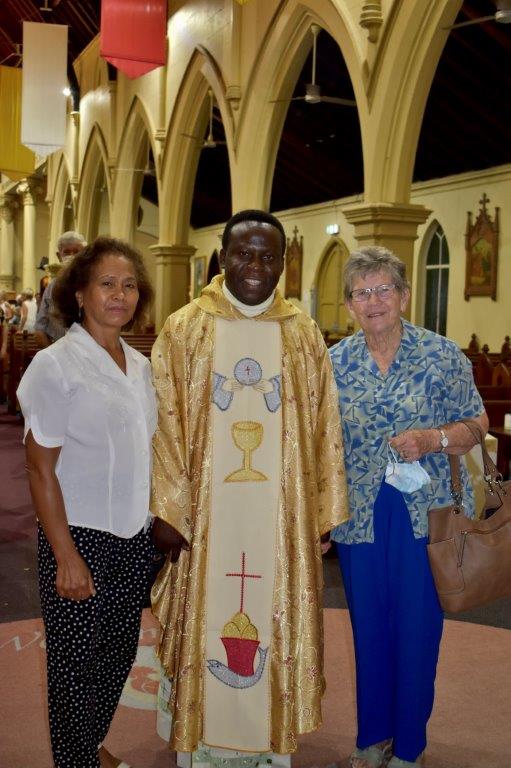 Click on the images above to view a larger version of the photos and scroll through them.

Please refer to our weekly Parish Bulletin for all the latest news in our parish community.
Following our City's second flood in the space of six weeks, we are pleased to report that no water made its way into the Presbytery garages this time as the levee which the Council had installed some years ago to protect the CBD worked as planned this time around after a problem with the pumps in January which saw many shops suffer water damage which prevented them from getting their businesses up and running before the Mary River flooded again after a deluge of rain in the Gympie area.  While the damage was reduced for some businesses, others went under again and are currently cleaning up.  The Council and SES workers have done a mighty job in clearing the mud from the streets and bridges which connect the suburbs of Tinana and Granville and life is getting back to normal.  Many families have lost a lot of possessions and are finding the going tough especially as the time between floods has been so short.  Our hearts go out to the many thousands of people who have lost all or much of their valuable possessions and in many cases their homes as the result of persistent heavy rain over a period of days.

As St Mary's Church is situated in the CBD, Fr Lucius was isolated in the Presbytery but the sheer size of it meant that he could move from one room to another and have a different view to keep him occupied.  Unfortunately, there was no power for 5 days so this was hard to cope with especially after the flood in January. Originally from Nigeria, Fr Lucius had not experienced a flood before so to be surrounded by water two months in a row was a challenge and one that he prays will not happen again any time soon.
ADMIN LOGIN